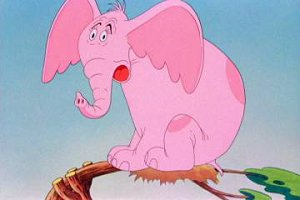 In a world where people are sitting around just waiting to be offended by something, America’s CEOs are getting used to apologizing. After all, the “Buck Stops Here,” right? The captain must go down with his/her proverbial ship as well? Hmmmm. But what if (I’m and just spit-balling here) the CEO doesn’t REALLY mean it? Gasp. Horror. Looks of shock and surprise. I mean, what if he or she is, you know, acting for business purposes. (not a class they teach by the way although acting for non-majors is a real thing) (Yes, I took it at Mizzou and so did Brad Pitt a few years before me.) True story. But I digress. A new Harvard Business Review article tells us that for a corporate apology to work, the CEO must (and I swear to God this is in the story) “look sad.” So if you’re a CEO who likes to smile, you had better get that crap under control when you apologize to the world for whatever it was that your company did. adidas superstar aliexpress Hey, I have a suggestion for corporate America. Mean what you say and friggin say what you mean. One of the big reasons Donald Trump is LEADING in the GOP Polls is his absolute refusal to be politically correct. And ladies and gentlemen, the world is THRISTY for the actual truth. Not the “looking sad” truth, but the REAL, UNVARNISHED TRUTH. So say it. I say ignore this wildly stupid HBR article and this type of advice and BE REAL. It takes courage, but as you can see, the world is changing and the “make sure you look sad” playbook is woefully and laughably out of date. nike air max 2017 pas cher Be like Dr. Seuss’ Horton in Horton Hatches the Egg when he says, “I meant what I said and I said what I meant.” The world wants it. chaussure adidas zx flux The world needs it. louboutin pas cher Because everyone else is just full of it. Yes, I’m looking right at you Roger Goodell of the NFL. But that’s an egg hatching (or laying) story for another time.