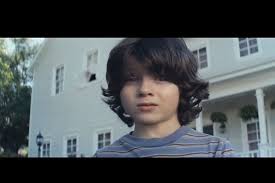 This year’s collection of Super Bowl Ads had us feeling lots of things. Humor with Liam Neeson’s Taken character spouting revenge over losing a mobile video game. nike tn Headwear Love with Budweiser’s Lost puppy finding its way home with the help of the truly awe-inspiring brand ambassador Clydesdales. Lots of powerful emotions being used to solidify brands. And just a quick review of branding, what you’re after is called emotional transference where the positive feelings you have at the end of an ad are transferred to the brand and thus, you “feel” that way about something for which you wouldn’t ordinarily have any feelings. nike air presto That’s the magic. Soldes Louboutin mu legend zen online And usually, it works pretty well. But there was at least one instance of emotional transference gone wrong and that was Nationwide insurance who aired a classic bait-and-switch style ad that had as its punch line the death of a child. Of course, the Nationwide ad drew immediate criticism with many questioning both the subject matter and the decision to use such a serious matter as fodder for an advertisement. chaussure adidas And no surprise it ranks near the bottom of the annual “Ad Meter.” The company said, “preventable injuries around the home are the leading cause of childhood deaths in America. Most people don’t know that. Nationwide ran an ad during the Super Bowl that started a fierce conversation. The sole purpose of this message was to start a conversation, not sell insurance.” But we know the purpose of branding is emotional transference and thus, be careful what you wish to be transferred, right? If that ad comes to mind when you think of the brand and it makes the customer uncomfortable enough to mentally turn the page to the next company, then I think we can see it as a pretty monumental failure for the brand. Lesson — ALWAYS think about the emotions you want to stir and want to transfer to your brand. It isn’t enough to try to make us feel, we must feel the right thing for the brand to succeed. And that’s called strategy. Here’s a link to the final AdMeter Results. The Nationwide “Boy” Ad was 46 of 61.

« You Really Blew It on Social Media, Now What?» I Can’t See Your Brain When I’m With You