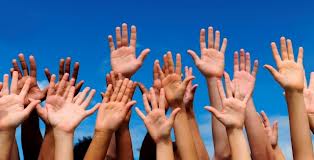 One of my all-time favorite Stephen Colbert episodes was an interview with a large non-profit association who told him, “yes, we are raising awareness about a serious issue.” Colbert cocks an eyebrow and delivers the perfect retort. adidas stan smith “I see, and…how much awareness have you raised?” BOOM! There it is. Awareness of anything by itself is just about worthless if it doesn’t go anywhere. And this is fallacy of tactical public relations practitioners everywhere. adidas messi 2017 According to the latest thinking in the PR profession, there are five buying stages with corresponding phases of communications:

While everything we do starts with awareness, a good many PR programs end there as well and that’s a problem as well as a huge missed opportunity. Take companies like brand.com, who plan to “disrupt” the PR agency model and old-school press releases forever. A bold goal to be sure, and of course, wildly overstated. What they’ve actually done is put a slightly new twist on a very tried-and-true PR/advertising tactic of matte releases where you basically pay a service to write up a “news” story for your company and place it in newspapers and magazines…for a fee. timberland chaussure Advertorials are a similar tactic. So the so-called “news” coverage is not earned or deserved in any way, it’s paid. And as tactical as it is, what they fail to disclose to prospects is that the “news coverage” they promise to deliver is placed at the bottom on many popular websites in the areas where most people just skip or certainly read with their “this is obviously paid content” filter on full-blast. nike internationalist This is not PR. It’s barely a tactic of real PR. And definitely stops at stage 1 with no hope of reaching people and changing perceptions leading to action. THAT is actual PR. Taking a person’s mindset and moving it along a pathway to a place that is favorable for a client who pays you to do that mental magic. And it’s messy and takes time and many different tactical routes along the way. Note to brand.com, it is exceedingly hard to “disrupt” a model that is delivered in so many different ways and nuances. I think the PR profession is quite safe from your self-described “revolution.” But you deserve a Jimmy Fallon “thank you note” for making a minor change to matte releases and getting people to believe it’s anything more.

« Why We No Longer Pardon the Interruption» How the Process Works