Great PR is About Follow-Through 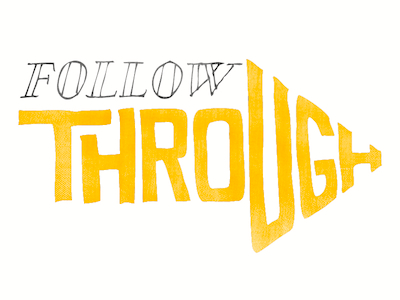 They say the difference between success and failure is patience. Or as Ariana Huffington later added, “perseverance.” But I think it’s something much simpler and something that is sorely lacking in our rapidly moving-mobile-device blazing-download-speed-can’t-wait-for-more-than-a-sec-and-now-I’m-lost….world. That precious thing is follow-through. Headwear I define follow-through as ongoing, continued effort toward reaching the stated objective even if the first billion attempts don’t work. Here are some examples: If I’ve got a great client story to share, I will follow up with a media outlet until I get a firm no or they contact the local authorities. nike air max flyknit (kidding) If there’s a client I really want in my roster, I follow up regularly and consistently until I’ve convinced them that I’m the best provider in the world for them. Simply put, I believe in following up until what I’m doing is done. timberland chaussure Not until I can check an activity box on some to-do list that I did it. Because I only did it once it’s DONE. Completed. Finished. adidas superstar soldes Accomplished. mu legend zen for sale (aka Miller Time) Now, this differentiates me from many of my competitors out there who are comfortable just submitting an activity report at the end of the month and doing activities and getting paid. I want results, not simply activities. chaussures ugg femme And my company gets results. Relentlessly. Every. Single. asics pas cher adidas alphabounce Time.

« How Do You Take Your Praise?» Out Standing In Your Field